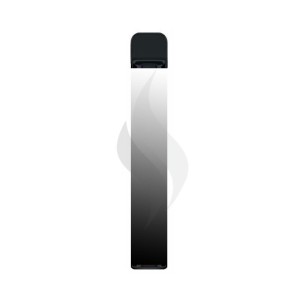 Regular cigarette or e-cigarette, what are the differences?

This is why smoking is addictive

By now everyone knows that smoking cigarettes is addictive. This has to do with nicotine, which causes both physical and mental addiction. On the other hand, smokers experience more peace when they light up a cigarette. This is what makes it so difficult to quit smoking.

Governments pay a lot of attention to the health risks of smoking. That is why so many smokers are switching to the e-cigarette. Instead of "smoking" (burning tobacco), the electric cigarette works differently: it vaporises the liquid. Electric smoking is therefore also called vapourising.

A normal cigarette contains nicotine, tar and many other substances. Of the more than 4000 chemicals, more than 40 are carcinogenic. Incidentally, nicotine is not carcinogenic, but tar, carbon monoxide and other additives are.

Most regular cigarettes have a standard tobacco flavor. An e-cigarette comes in many different flavors. This is because flavorings are added to the liquid. When this is vaporized then these flavorings are released. When you switch from normal cigarettes to the electric then it takes some getting used to in terms of taste.

By the way, the tobacco flavour is also available for the electric cigarette. So it is not that smokers of e-cigarettes have to miss the familiar taste of normal cigarettes, although it does take some time to find the right taste again.

Difference between Regular Cigarette and e-Cigarette: The Price

What is more expensive, normal cigarette smoking or electric cigarette smoking/vapouring? In general, smoking vapour is cheaper than normal smoking. With electric smoking, the coils last approximately two to three weeks. A box of 5 coils costs between €10 and €20. For the battery you have to pay approximately 10€ with a life span of 6 to 12 months. Then you still need E-liquid, on average you have to pay 10 to 20€ per week. Vapour smoking will cost you in total approximately €10 to €20 per week according to your use.

A step towards a life without tobacco

Smokers who want to quit often try out the e-cigarette first. Because your body absorbs less nicotine and it leaves your body faster, this is a stepping stone to not smoking. In the beginning, smokers tend to vaporize more, but this is often temporary.

On the other hand, electric cigarettes are sometimes a stepping stone to real smoking for young people, something that is increasingly being seen. The e-cigarette is growing in popularity among young people as well.